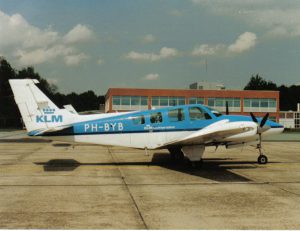 In 2001 and 2008 the fleet is extensived with two other pre-owned aircraft. These are purchaged from private owners. The aircrafts keep their paint scheme with just black KLM Flight Academy titels and KLM logo taped.